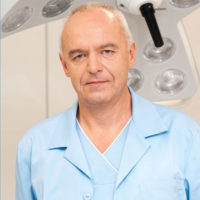 Dr. Jüri Kullamaa has worked as a plastic and reconstructive surgeon over 30 years, having started in 1988 in the Department of Facial and Jaw Surgery of Mustamäe Emergency Care Hospital in Tallinn and then in the Tallinn Medical Centre of Plastic Surgery and Cosmetology. Dr. Kullamaa performs about 600 surgeries a year, most of them being breast surgeries. Dr. Kullamaa has graduated from the Faculty of Medicine of the University of Tartu and the Moscow Institute of Cosmetic Surgery and has continuously improved his skills in various clinics on almost all continents. Dr. Kullamaa is a founding member of the Baltic Association of Facial and Maxillofacial and Plastic Surgeons, a member of the International Society of Plastic Reconstructive and Aesthetic Surgery and the Estonian Society of Plastic and Reconstructive Surgery. 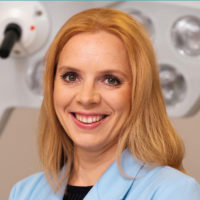 Dr. Pille Kirjanen has graduated from the Faculty of Medicine of the University of Tartu and a residency in plastic and reconstructive surgery, and has gained experience working at the Tartu University Clinic and the North-Estonian Regional Hospital. Dr. Kirjanen performs more than 800 surgeries a year. Dr. Kirjanen is a member of the Estonian Society of Plastic and Reconstructive Surgery and the International Society of Plastic Reconstructive Surgery and Aesthetic Surgery. 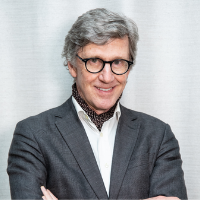 Prof Jyri Hukki has worked as a plastic and reconstructive surgeon for over 30 years, practicing in both Finland and Estonia. He is a highly experienced surgeon in the fields of plastic surgery such as eye surroundings surgery, face and neck correction, forehead and eyebrow plastic surgery, breast surgery, body plastic surgery and intimate surgery. In 1990, Prof. Hukki defended his PhD dissertation and since 2003 he has been an associate professor of plastic and reconstructive surgery at the University of Helsinki.

In 2016, President Sauli Niinistö awarded Dr. Hukki the nomination of a professor in the field of plastic surgery. He majored in facial and skull surgery at the International Craniofacial Institute of Dallas, Texas, in 1992.

Since 1985, Prof. Hukki has worked as a plastic surgeon for adults and children. He has worked at HUSUKE Pediatric Plastic Surgery Center at the Töölö Hospital of the University of Helsinki as a surgeon for facial, jaw and skull deformations of children and adolescents, where he was also the head physician from 1994-2000 and 2003-2016. Prof. Hukki has published more than 60 research articles in international publications on plastic surgery and in textbooks in the field of plastic surgery.

Prof. Jyri Hukki has often been invited as a lecturer at academic international conferences on plastic surgery. Prof. Hukki is a member of the International Society of Facial and Skull Surgeons. 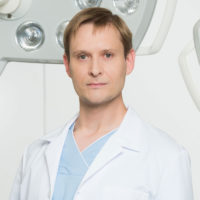 Dr. Mart Eller has graduated from the University of Tartu, Faculty of Medicine and residency in plastic and reconstructive surgery. Since 2011, Dr. Eller has been a doctor-lecturer in plastic surgery at the Tartu University Clinic, training colleagues in various fields of plastic surgery such as reconstructive surgery, aesthetic surgery, reconstructive burn surgery and surgical correction of congenital deformities. The main areas of practice are soft tissue reconstruction, including correction of congenital and acquired deformities, as well as aesthetic surgery. In addition to the Tartu University Clinic, Dr. Eller works in several private clinics, performing 600-700 surgeries per year. Dr. Eller is a member of the Estonian Society of Plastic and Reconstructive Surgery and the International Society of Plastic Reconstructive Surgery and Aesthetic Surgery. 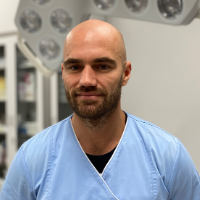 Dr. Heiko Atna graduated from the Faculty of Medicine of the University of Tartu and continued his education in Germany and Finland.

After graduating from the Faculty of Medicine at the University of Tartu, Dr. Heiko Atna worked in Finland as an emergency medicine doctor, and seeing various traumas led to the decision to enter the residency of reconstructive and plastic surgery. Dr. Atna also works in North Estonia Medical Centre Foundation in this field.

Since 2019, Dr. Atna has been working as a plastic and reconstructive surgeon at the Kotka Private Hospital Plasticsurgery Center. 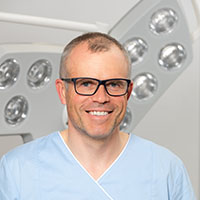 Dr. Kasenõmm’s main interest is plastic surgery of the nose and earlobes. He treats patients wishing a cosmetic surgery as well as patients with congenital and post-traumatic deformities of the nose or ear. The use of reliable and proven surgical techniques allows him to offer his patients the most modern treatment. 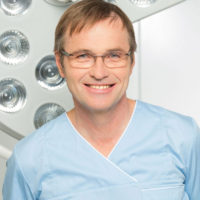 Dr. Margus Luht has graduated from the University of Tartu, Faculty of Medicine and residency in the diseases of the ear, nose and throat. Since the late 1980s, the main areas of activity have been nasal plastic surgery, middle ear microsurgery, endoscopic surgery of the paranasal sinuses; diagnosis and treatment of sleep apnea since the early 2000s. However, the most common surgery performed by him is nasal plastics, which Dr Luht performes about 60 in a year.

Dr. Luht is a member of the Estonian Society of Otorhinolaryngology and Head and Neck Surgery. 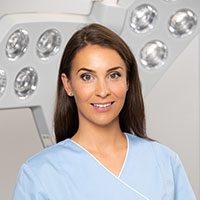 Dr. Bret Kaldvee is a fourth year medical resident of dermatovenerology who, besides the residency, is actively engaged in research. Kaldvee entered the doctoral programme in medicine at the University of Tartu in 2016, where the main topic of her research became psoriasis. Interest in skin diseases arose during the cycle of dermatology at the university under Professor Külli Kingo. Along with skin diseases, there was a parallel interest in aesthetic dermatology, which Dr. Kaldvee has been actively involved in for several years. She is the most passionate about the so-called “anti-aging” procedures, including botulinum toxin therapy, filler injections and lasers. All of these provide a great opportunity for physicians today to prevent the first signs of aging and reverse the time, thus increasing patient satisfaction.

The common interest and views on the world of aesthetic medicine brought me to Kotka Private Hospital, where Estonia has inarguably the best opportunities to help patients.

Dr. Bret Kaldvee is a member of the Estonia Skin – Venereal Diseases and Health Association (ENSAS), the European Academy of Dermatology and Venereology (EADV) and the International Dermoscopy Society (IDS).